In Berlin, 132 years ago, on March 24, 1882 when tuberculosis (TB) was epidemic in Europe and the Americas, Dr Robert Koch discovered the cause of the disease, the TB bacillus. At the time, TB was causing the death of one in seven people. Koch’s astounding discovery opened the door to understanding the disease and finding a cure. 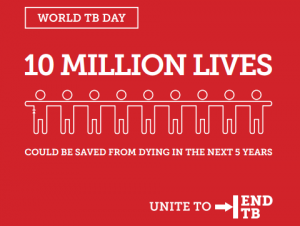 World TB Day1, which falls each year on March 24th, is a day set aside to bring attention to the fact that tuberculosis still remains an epidemic in much of the world. Despite being curable, it causes the death, in mostly developing countries, of nearly 1.5 million people per year which is a higher rate than HIV infected/AIDS2.  The goal of World TB Day is to eradicate the disease within one generation – by 2030.

TB IN THE UNITED STATES

In the United States, over 9,000 cases of TB are diagnosed per year3. The rate of TB is declining in the US, but at a much slower rate than hoped. In 2013, there were 555 deaths from TB in the US. The general symptoms of TB disease include weight loss, fever, night sweats and weakness. When present in the lungs, the symptoms also include coughing, chest pain and the coughing up of blood. TB is spread when an infected person coughs, sneezes, speaks, sings or spits, causing the bacillus to become airborne. Airborne bacillus can settle on dust particles and can live up to 6 months outside a host in optimal conditions.4 People who breath in these TB germs can become infected and carry a latent TB infection. Only about 10% of people infected with the bacterium get the disease or become infectious. The Mantoux (subdermal) Skin Test5 detects latent TB infection and is used primarily for those in contact with the infected, as well as school employees, health care workers, employees of correctional facilities and people entering the US from high TB rate countries.

The aims of tuberculosis treatment are to: cure the patient and restore their quality of life, to prevent a relapse of TB, to prevent the evolution of a drug resistant infection, and to reduce the transmission of TB to others. ServiceMaster utilizes established techniques of disinfection, containment and elimination of airborne particles and surface contaminants in affected areas to prevent new infections.

Recently, ServiceMaster was contacted by building management to conduct large scale disinfection of a 36,000 square foot office building following a positive tuberculosis test in an employee.  As a high-traffic location in a local correctional system, the threat of contracting and spreading the disease was significant.

ServiceMaster personnel were onsite with 90 minutes and addressed all contact surfaces in the building, to include structural elements as well as fixtures and furnishings using an EPA approved low-odor disinfectant with proven results against the TB organism.

By reacting quickly and addressing the issue with our efficient, proven approach, the offices were reoccupied the following day.  The agency did not need to close the building, and the low-profile response from ServiceMaster NCR kept the incident out of the headlines, and more importantly, kept the disease from spreading. 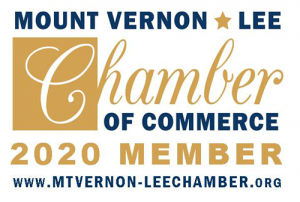 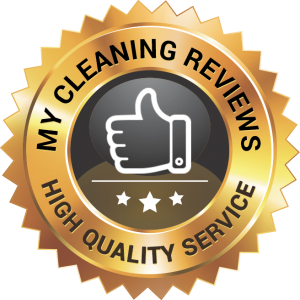